The treatment was shown to prevent and reverse symptoms in mice 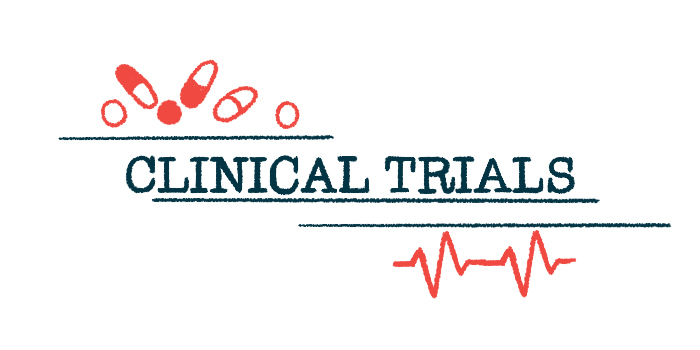 In-human testing was supported by preclinical evidence that demonstrated the therapy’s ability to prevent or reverse disease symptoms and halt death in mouse models.

“Few new therapies have succeeded, but we believe our compound could be an effective treatment for lupus,” Alaric Dyckman, PhD, director of BMS, said in a press release.

A Phase 1 trial (NCT04493541) assessing afimetoran’s safety in up to 24 adults, ages 18–65, with active cutaneous lupus erythematosus (CLE) is still ongoing. The trial is recruiting participants at a site in Germany.

Two disease-specific treatments have been approved to date for lupus: AstraZeneca’s Saphnelo (anifrolumab) and GlaxoSmithKline’s Benlysta (belimumab). Both, administered via injection or infusion, act in different ways to modulate the immune system.

Other treatments, such as corticosteroids, can be accompanied by significant safety concerns and are not specifically designed to treat the condition.

BMS researchers sought to design a lupus-specific treatment that could be delivered orally and that would selectively block toll-like receptors (TLR) 7 and 8, two proteins thought to be involved in the autoimmune attacks that characterize lupus.

After screening and identifying small molecules that could block these receptors, investigators modified them so they could be more specific to TLR 7 and 8, more potent, and would be able to be given orally.

Afimetoran was the most promising small molecule candidate that emerged from that screening.

In mouse models, it was able to prevent lupus symptoms in animals treated before the onset of disease and reverse organ damage when given after symptoms had already started.

“With afimetoran, not only could we prevent the development of lupus-like symptoms in mice before their disease onset, but we could actually reverse the symptoms and prevent death in animals that were days or weeks away from succumbing to the disease,” Dyckman said. “We hadn’t seen that reversal with other mechanisms we had evaluated, so we were particularly excited about that finding.”

The medication was also safe with corticosteroids and the combination led to better effects than either medication alone in both cell and mouse models of lupus. This could enable patients to use lower doses of steroids and experience fewer safety concerns, or avoid them altogether.

“We believe that the notable results with afimetoran in the animal models of lupus on its own and when combined with the steroid really bodes well for evaluation of afimetoran in patients with various forms of lupus,” Dyckman said in a recorded media briefing.

According to Dyckman, several Phase 1 trials have confirmed that afimetoran is well tolerated at a range of doses in healthy volunteers. Low, once-daily oral dosing has also been shown to almost completely block TLR7/8 signaling.

Participants in the Phase 2 trial will be randomized to receive one of three doses of afimetoran, or a placebo, once daily, for 48 weeks, or about a year.

The trial’s primary goal is to assess the proportion of patients on each dose group who achieve a clinically meaningful response to treatment, or an SLE Responder Index 4, defined as an improvement of four or more points on the SLE Disease Activity Index.

Other measures of disease activity, corticosteroid use, and joint swelling, as well as safety, will be assessed as secondary goals.

“We eagerly await the data that’s going to be coming from those ongoing patient trials,” Dyckman said.

The primary portion of the Phase 2 trial is expected to be completed in mid 2025, Dyckman noted, adding that owing to its mechanism of action, afimetoran may potentially be used to treat other autoimmune conditions, including Sjögren’s syndrome, psoriasis, and rheumatoid arthritis.

BMS also has two other investigational treatments for lupus in clinical testing — deucravacitinib and branebrutinib — which act via different mechanisms. Of all three treatments, Dyckman said deucravacitinib, another oral treatment, is the farthest along in the clinical pipeline. It is now entering Phase 3 testing.

It’s likely that multiple treatments with different mechanisms of action will be needed in order to help all patients since how lupus presents varies so widely, Dyckman said.

“Lupus is such a heterogeneous disease that it’s unlikely that any single approach will provide relief for all of the patients out there,”  he said.