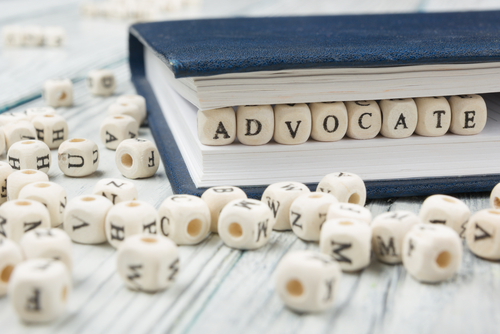 The Lupus Foundation of America (LFA) marked the 10th year of its Evening of Hope Gala by honoring leaders in the fight against lupus while raising funds to advance the nonprofit’s mission.

Hundreds of advocates and community members gathered in New York City to recognize the efforts of Tom Kingsbury, executive chairman of the board at Burlington Stores; Ron Rocca, president and CEO at Exagen; and Jody and Conrad Gehrmann.

Comedian Hunter Hill was the evening’s emcee, while actors Stephanie J. Block and Sebastian Arcelus provided entertainment. Actor Kazy Tauginas, a cast member of the film “Dolemite Is My Name,” was a special guest, along with author, recording artist, and photographer Julian Lennon, the LFA’s Global Ambassador and longtime supporter.

The event also offered a retrospective of milestones in lupus treatment in the last decade, including the 2011 approval of Benlysta (belimumab), the first targeted therapy for lupus and the first overall for the disease in more than 50 years. In April, Benlysta also became the first approved treatment in the U.S. for children, 5 and older, with lupus.

Other milestones included the establishment of the Lupus Research Program at the U.S. Department of Defense, which so far has garnered more than $36 million for lupus treatment research. Attendees were shown a video highlighting promising investigations underway.

“Each year, our Evening of Hope Gala is such an inspiring and powerful event. We gather together to honor leaders who work tirelessly to advance lupus research, awareness and support,” Stevan W. Gibson, LFA president and CEO, said in a press release. “As we celebrate 10 years of this event, we not only looked back at the research accomplishments of the past decade, but we looked forward at what the future holds.”

“There has never been a more hopeful time in lupus research, and we are thrilled to be working with leading scientists and pharmaceutical and biotech companies worldwide to help develop better treatments and get closer to a cure,” Gibson added.

Kingsbury received the National Corporate Leadership Award on behalf of Burlington, a founding supporter of a Phase 2 trial (NCT02633163) of mesenchymal stem cells in adults with lupus. The study is evaluating whether adding these stem cells to standard-of-care treatment provides greater benefits than standard therapy alone. One-third of the participants will receive a placebo and the other two-thirds will receive stem cells taken from the umbilical cord of an unrelated donor.

The National Research and Innovation Award was given to Rocca for his efforts in the life sciences industry and for Exagen’s AVISE, a test specifically designed to aid lupus diagnosis.

The Gehrmanns received The Barlin Award for their decades-long commitment to LFA’s efforts, particularly in the Pacific Northwest region.

While seeking to cure lupus, the LFA provides education, advocacy, and other patient and caregiver support. Next year’s Evening of Hope Gala will be held on Oct. 26.