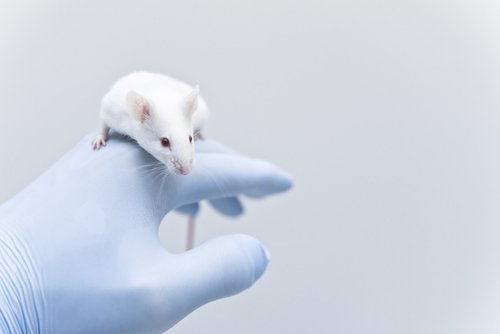 While vaccination with HSPs — stress-induced proteins involved in protein regulation and immune response — has led to good results in other autoimmune diseases, this study is the first to find therapeutic benefits in SLE. The results suggest HSP70 has the potential to lessen inflammation and restore immune tolerance in people with the disorder.

SLE, like other autoimmune diseases, involves the abnormal recognition of the body’s own proteins or cells as foreign. This results in the production of autoantibodies and immune responses against one’s own tissues, ultimately leading to tissue and organ damage.

HSPs are known for their role in the correct folding, transport, and degradation of proteins. They also are involved in immune responses, with research indicating immunosuppressive and anti-inflammatory effects.

Autoantibodies against certain HSPs are found in autoimmune diseases other than SLE, including rheumatoid arthritis, type 1 diabetes, and multiple sclerosis. In SLE, abnormally high levels of HSP70 have been associated with the production of autoantibodies against HSP70, and with disease activity.

Vaccination typically uses small amounts of specific microbes (in a weak or inactivated state) or their toxins to stimulate the body’s immune system to recognize, memorize, and readily fight them upon infection.

DNA vaccines are experimental vaccines that, instead of delivering the microbe itself or its toxins, carry a DNA sequence containing the instructions to produce a specific protein. After entering cells, the DNA sequence is used to produce the protein, which then is exhibited in the cell’s membrane to immune cells.

Advantages of DNA vaccines include a lack of infectious agents, stimulation of several subsets of immune cells, improved stability, and ease of large-scale production.

Studies have shown that DNA vaccines with HSPs promoted protective immune responses in animal models of several autoimmune diseases. Some of the vaccines are currently in clinical trials. However, it’s not certain whether this approach leads to similar benefits in SLE.

Researchers in the U.S., along with colleagues in China and Israel, evaluated the therapeutic effects of two HSP DNA vaccines in a mouse model of SLE.

Mice were vaccinated with a vector (a harmless molecular vehicle of DNA) containing the DNA sequence to produce either HSP70 or HSP60 — a protein shown to have beneficial effects in other autoimmune diseases when delivered by DNA vaccine. Mice vaccinated with an empty vector or with no vector at all were used as controls.

HSP70-vaccinated mice also showed significantly lower levels of antibodies against double-stranded DNA — one of the most common autoantibodies produced in SLE, and one associated with disease activity — and a delay in kidney disease, compared with all other groups.

Constant production of HSP70 at low levels — as achieved with HSP70 DNA vaccine in the study — appears to reduce autoimmune responses, the researchers said.

The lack of benefits with the HSP60 DNA vaccine may reflect the different roles of distinct HSPs in different autoimmune diseases, they said.

“This is the first study reporting protective effects of DNA vaccination with HSP70 in SLE in association with the induction of anti-inflammatory and [tolerance-related] immune responses,” the researchers wrote.

More studies are needed to understand the underlying mechanisms of these benefits, they stated.